by Peace Of Shit 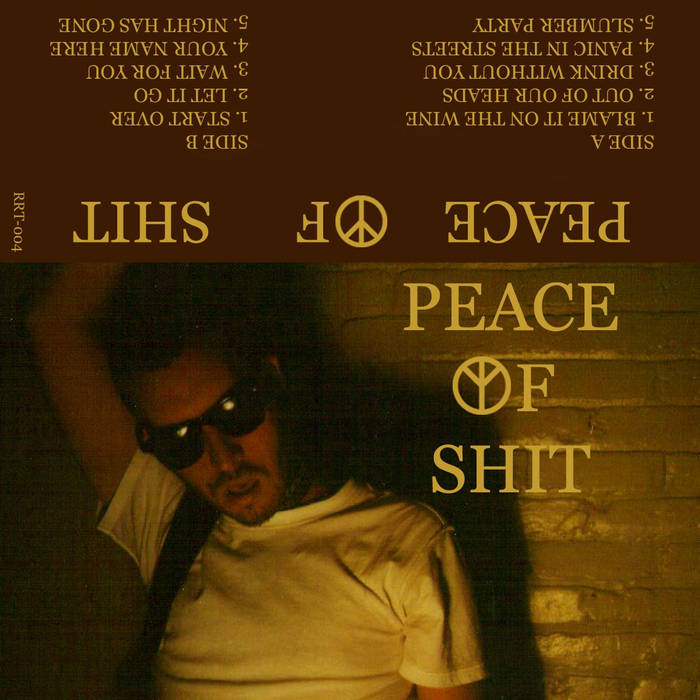 
"How good is the new Peace of Shit cassette? Well, really good, actually, though it sounds (appropriately) like shit in my ’99 Tracker. The poor sound quality has as much to do with my standard-issue cassette player (which makes everything sound like shit) as it does the overblown, tin-can rattle recording. But no matter how dirty it sounds, you can’t keep a song as good as “Out of Our Heads” hidden beneath all the filth, nor can you ignore a line as good as, “I can only do one thing, and that’s drink, without you.” Sounds like frontman Austin Ulmer has had a little of his Digital Leather experience rub off, both in his vocal style and his song structure. Consider this the more punk, less New Wave version of DL (closer to the live DL sound). But amidst all the anger and angst and panic in the streets, there’s room for a ringing little pop song like “Slumber Party” that will have you doing a drunken twist with your chained-up gimp down in your personal basement torture room. Don’t have a cassette player? Doesn’t matter. You should still buy a cassette from the Rainy Road Records website, or from The Antiquarim if the band ever gets around to dropping some copies off down there. It comes with a download code so you can add the digital files to your portable listening device. Those files provide more pristine versions of these songs, but I still prefer the fuzzy, shitty versions coming from my Tracker’s 6 x 9s.

As you would expect, the live version of POS is a different animal than the cassette version. Frontman Ulmer had his paws wrapped around a couple microphones while he mmrrwwrrred the lyrics backed by a 5-piece punk band. Unlike, say, a Shanks show (I went to a fight and a rock show broke out) all the energy was focused directly on the music. Though they’ve only been around for a few months POS has somehow already floated to the top of the punk-rock toilet bowl as one of the best collections of local hard music talent in Omaha. It’s like they’re stars already, sort of. OK, maybe not stars, but a band that deserves more exposure. That is if their name doesn’t hold them back. It’s Ceelo Green all over again. Maybe they should change their name to the less offensive Peace of Poop.

All songs written by Austin Ulmer

Bandcamp Daily  your guide to the world of Bandcamp